The UK Directory of
Magicians 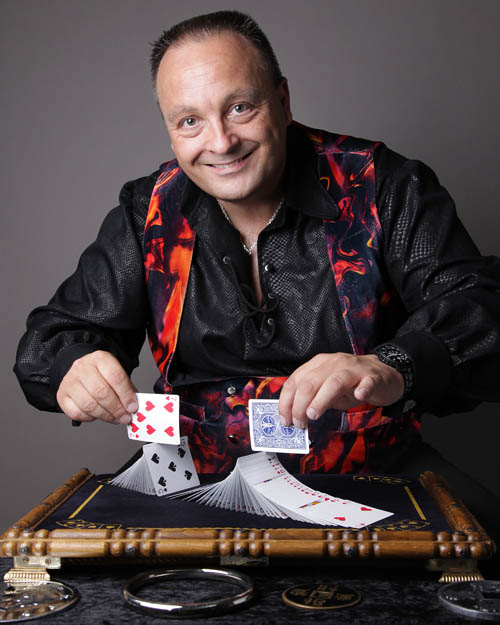 Nigel Francis has been performing magic for over 20 years. He specialises in the field of Technical Close-up Magic using both coins and cards.

He is most well known by the larger hotel groups and function suites in his locality such as Holiday Inn, Hilton Hotel, Marriott Hotel, Moat House Hotel Baldwins Omega, Whitley Hall, Hassop Hall, Bagden Hall and Wirlow Grange where he regularly performs in both table magic and after dinner/walk around magic during the numerous wedding receptions and functions held in these establishments.

Nigel has performed his incredible visual effects both at the opening nights and at the Corporate / VIP nights of several prestigious venues including Sheffield City Hall Sheffield Cutlers Hall, Banus Nightclub, (Sheffield) Lava & Ignite Nightclub (Chesterfield) and Centre Parcs (Nottingham) where his style of performing is used as the perfect ice-breaker. He is also a regular face at several of the restaurants and golf clubs in his locality.

Based in Doncaster, Nigel is available for hire Nationwide.